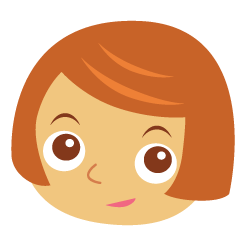 Getting Used To A Credit Union: It Won't Take Long, But It Can Be An Adventure
4 April 2022

From a consumer point of view, a credit union func …

There are many things that an investor must consid …

Are you opening one or more laundromats in the nea …

From a consumer point of view, a credit union functions much like a bank. There is some different terminology and paperwork, but credit unions have checking and savings accounts just like a bank, and they often require minimums to hold an account open, much like a bank, and so on. Yet switching from a large bank to a credit union can take some getting used to since you may encounter some issues that you were not expecting. The good news is that these issues usually end up being a positive thing for you.

What Happens if You No Longer Meet the Requirements After Joining?

In order to join a credit union, you have to meet the credit union's membership qualifications. These may be restricted to certain companies or fields, or they may state that anyone in a certain geographical area, like a county, can join. For the most part, once you join the credit union, you should be able to keep your account even if you no longer meet the requirements later on. For example, if you opened an account at a credit union meant for residents of ABC County, and you later move to XYZ County, you should be able to hang onto your account. But if you let that account go dormant, say, because there are no ATMs in the credit union's network where you live now, and you opened a new account elsewhere, the credit union may take action. This all depends on the contract you sign when you open the account, so be sure to ask about what happens if you leave the county or job that made you eligible in the first place.

Are They Part of an ATM Network?

Do you know those ATM network logos on the back of your bank debit card? Credit union debit cards are also part of networks. Sometimes these are the same as other bank networks, and sometimes they're credit-union-specific networks. These networks for credit unions often have no ATM fees, which saves you a lot of money. Always find out if the credit union is a member of these ATM networks.

Are They Connected to Other Credit Unions for Onsite Help?

Credit unions are great organizations, and you won't regret switching. Just be sure you ask questions so you know what to expect as you start accessing your account.